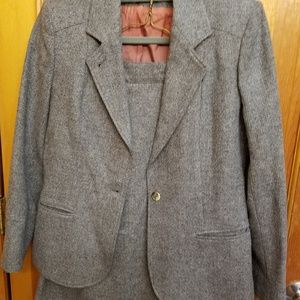 100% wool, fully lined, one button on jacket, Matching skirt, lined with slit in back, has a zipper and button on skirt- fitted, excellent condition, previously owned.
|||